Book a Table in Kruså

In the middle of the beautiful scenery in the southern part of Jutland – only three kilometers from the German border – you will find a traditional Danish inn. It is the “Holdbi Kro” near Kruså. Entering the premises, you instantly get the sensation that something special is awaiting you. In the early days, the building was commonly referred to as the Royal Privileged Holdbi Inn but, in 1981, the old buildings were taken over and renovated by A Hereford Beefstouw. The eldest son of the Damgaard family, architect Søren Damgaard, was in charge of the restoration.

The cozy thatched house dates back to 1847 and the inn is rich with stories of its history. According to the A Hereford Beefstouw tradition, the restaurant houses several pieces of art. The walls are decorated with paintings by Henry Heerup, amongst others. A decanting machine holds a prominent position in the middle of the room and has become a natural part of the interior – just like the classic grill, the salad bar and the solid wooden tables.

The restaurant in Kruså has room for 56 dining guests and it is possible to arrange for larger parties in separate rooms connected to the restaurant. 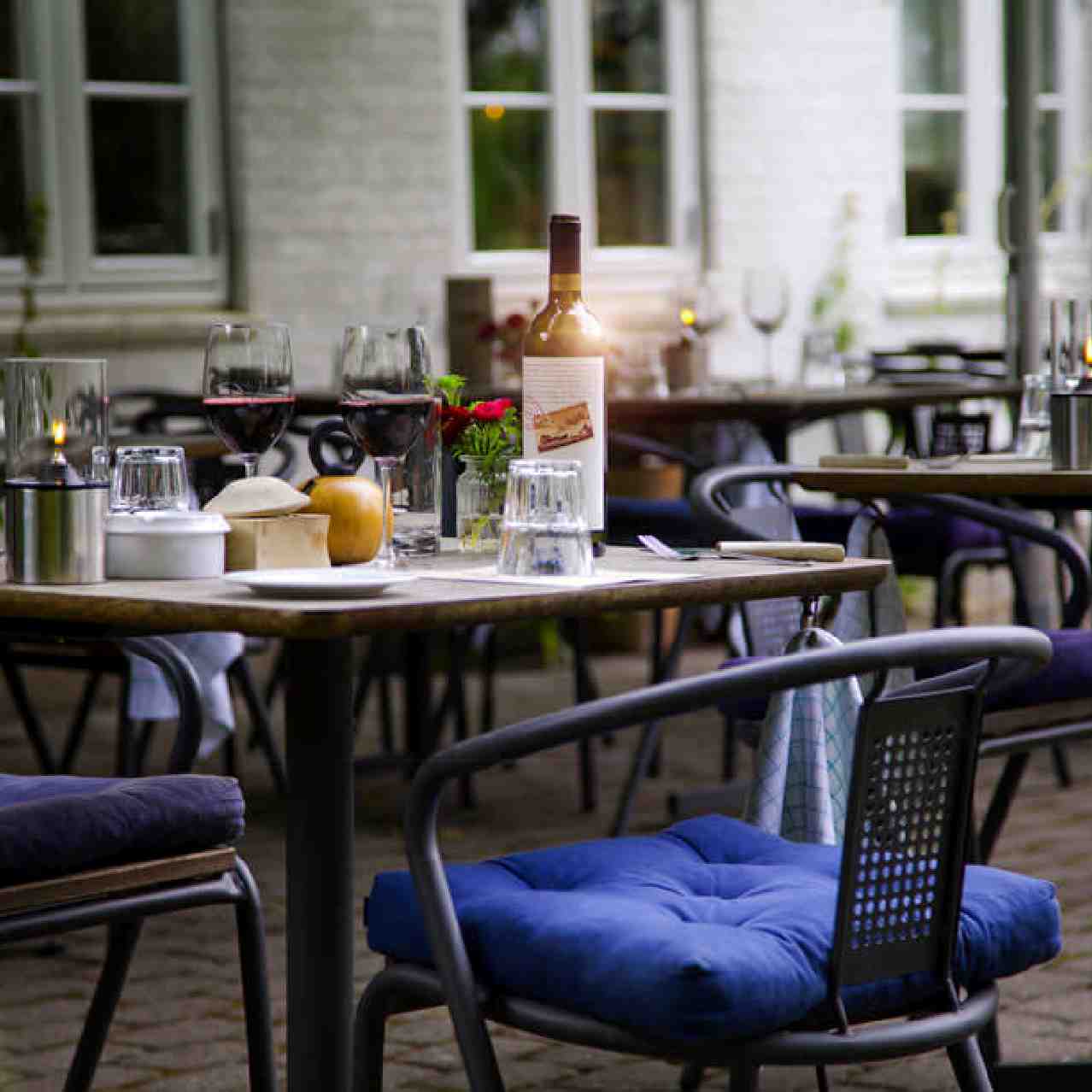 The restaurant is closed from 10th to 29th September 2022 (both days included).